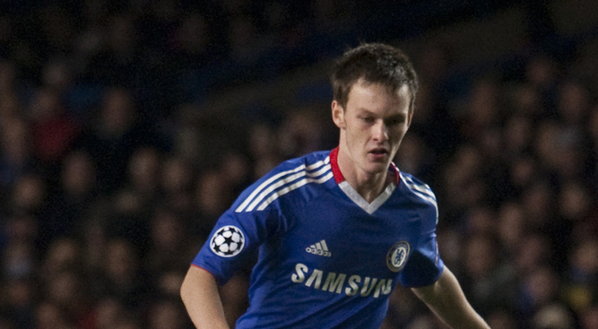 Brentford FC are set to sign a 22 year old midfielder from Chelsea for around £750,000. Josh McEachran made his debut for the Blues in 2010 when he played in a Champion’s League game against MŠK Žilina, coming on as a substitute. He made history by becoming the first player to be born after the competition started in its rebranded format to take part in it.

Having joined Chelsea’s youth academy as a 7 year old, McEachran signed a 5 year contract worth around £2 million a season on July 15th 2011. It was hoped he’d go on to become one of the club’s best homegrown talents. His opportunities have been limited over the last few years, however, with loans to Swansea City, Middlesbrough, Watford, Wigan Athletic and Vitesse helping him gain experience in recent times.

McEachran made 22 appearances for Chelsea, with his final one being a brief 6 minute spell in a game against Wolves when Andre Villas-Boas was manager. He made 21 appearances at Vitesse last season and their manager Peter Bosz was keen to take him on loan again this time around, but Chelsea’s decision to sell him has removed that option.

Brentford, who finished 5th in the Championship last season, are keen to build on their good league campaign last time around. Marinus Dijkhuizen, who took over as head coach after Mark Warburton’s departure, has offered McEachran a four year contract. He will become the club’s fifth signing, and the deal is expected to be announced later this week.