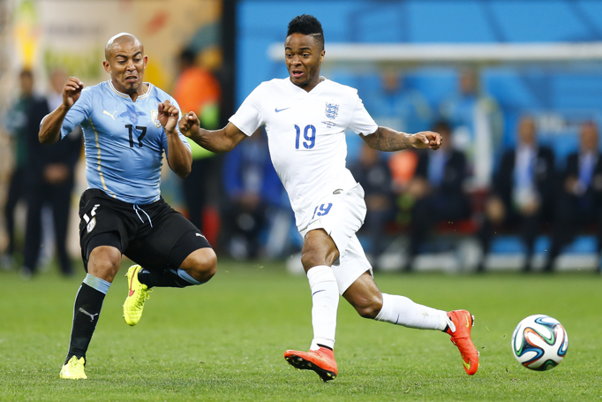 Jose Mourinho has offered an opinion on the contract situation of Raheem Sterling at Liverpool by saying that “every player has his price”.

The 20-year-old Liverpool forward has come on to Chelsea’s radar since he reportedly rejected a £100,000 a week offer from the Merseyside club. Whilst a host of clubs appear to be monitoring the youngster, Chelsea might consider themselves slight favourites for his signature should he decide to leave Liverpool.

Sterling was born in Jamaica but moved to London when he was 5, meaning that a return to the capital might be a strong part of the English International’s thinking if and when he starts to look for a new club. That, combined with the fact that the Blues can still out-bid most other teams – especially their North London rivals Arsenal – should a bidding war ensue, means that Chelsea could be Sterling’s first choice destination if he left the Reds.

Jose Mourinho confessed that he has some sympathy with Brendan Rodgers over the contract wrangle, but also admitted “I don’t like players that don’t want to play for me and my club”.

The Portuguese manager compared Sterling’s situation at Liverpool with that of Zlatan Ibrahimovic when Mourinho was Inter Milan boss. The Swedish International told Mourinho and the Inter Milan hierarchy that he wanted to leave to go to Barcelona, so the deal was duly done.

On Sterling, Mourinho feels that “every player has a price. It doesn’t matter which player”. As an example Mourinho chose to talk about Eden Hazard who has recently signed a new contract at Chelsea. He said, “Do I want him to leave Chelsea? No. If he wants to leave, if he doesn’t want to work with me, if he doesn’t want to play for Chelsea, does Eden Hazard have a price? I think he has a price”.

Raheem Sterling has two years left on his current contract, which is worth £35,000 per week, and Mourinho admits he can understand why Brendan Rodgers and FSG aren’t keen to even consider letting the youngster go. “I also understand the philosophy of managers and clubs who want to keep the players at any price, who want just to say, ‘there is no price to sell – the player stays, whatever’. My philosophy is not better than that – it’s just different”, he said.

Whether Sterling stays at Liverpool for the foreseeable future or chooses to move on remains to be seen, but one thing seems certain: as long as things are up in the air Jose Mourinho and Chelsea will continue to monitor the situation in the hopes of swooping in should the chance present itself.